The Suite's Stairway Before

The Suite's Kitchen Before 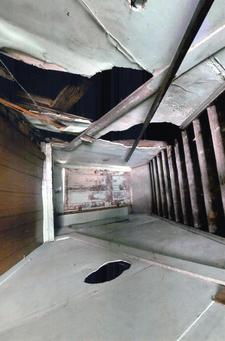 The Magnolia Hotel was vacant for nearly 20 years when it was listed on "2012 Most Endangered Places in Texas." The building was wide open to squatters, drug users, vermin and vandalism. The once vibrant and gorgeous Magnolia Hotel had become Seguin's biggest eyesore and crime problem. Though a restoration effort was considered to be a huge challenge and financial burden for any new owners, Jim & Erin Ghedi saw the building's beauty and took on the task of bringing it back to life. It has now been fully beautifully restored back to its 1850 glory days.

Brief History of the Magnolia Hotel 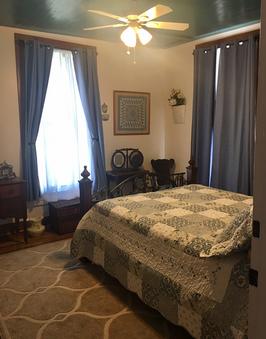 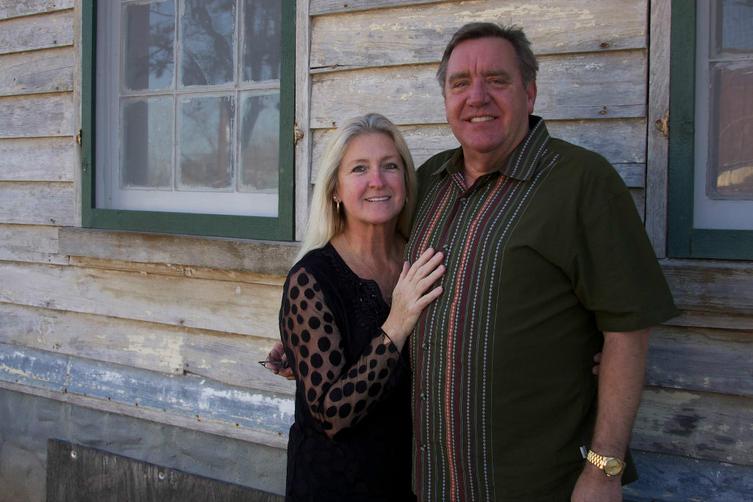 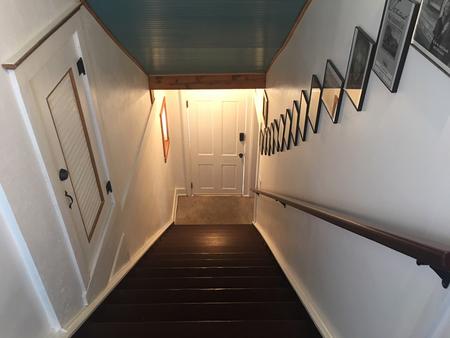 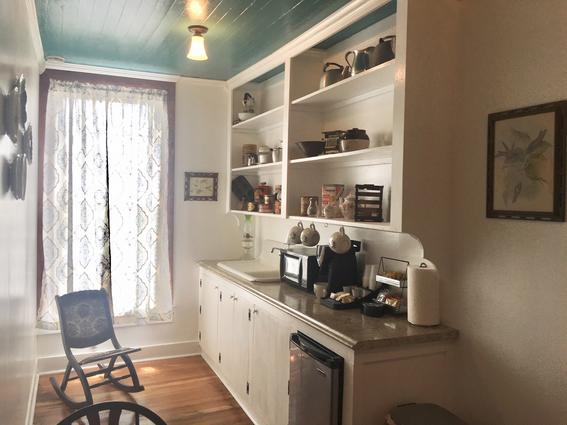 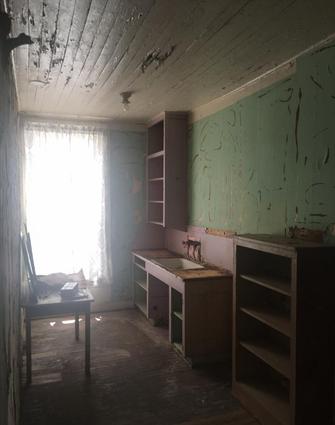 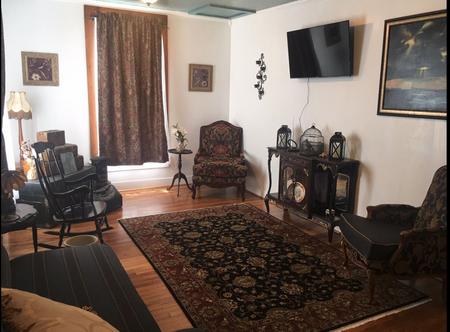 The Suite's Stairway After 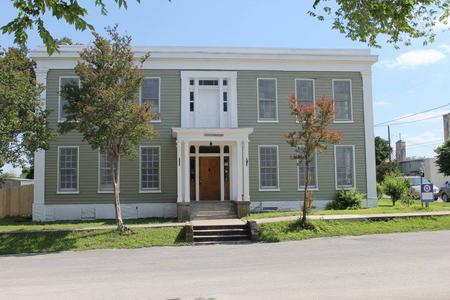 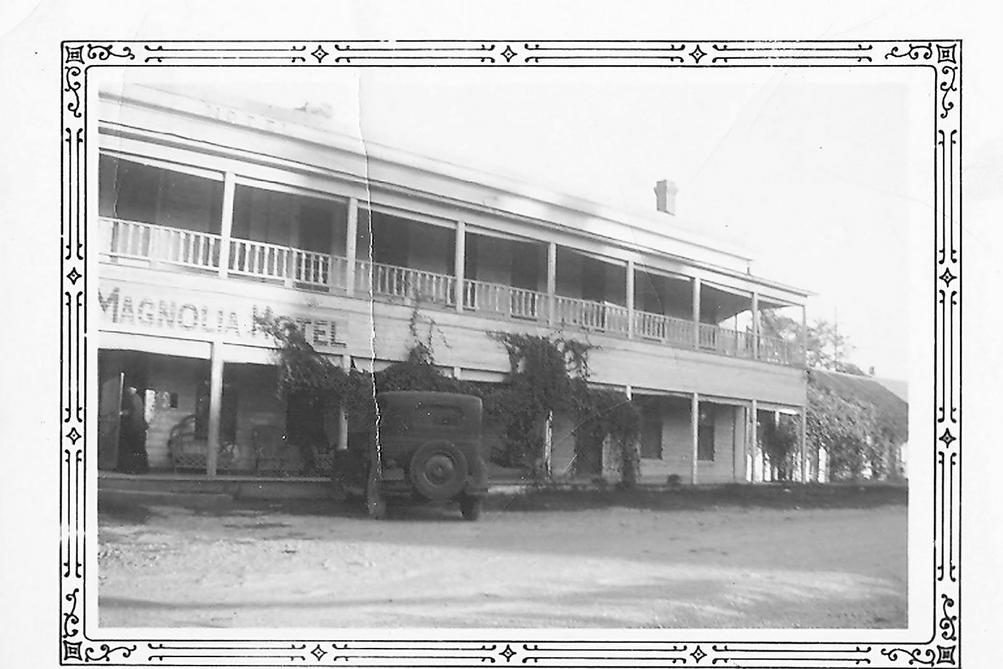 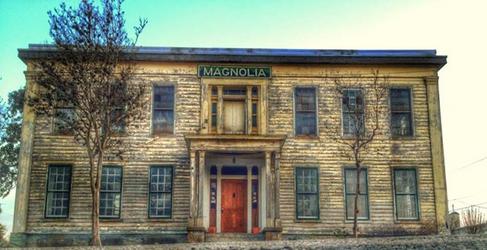 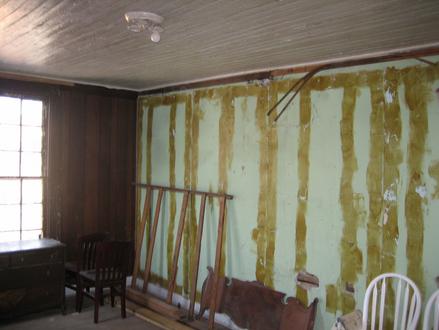 Jim and Erin Ghedi were high school sweethearts born and raised in San Antonio, Texas. They have been in love since 1973. Together they have five children and five grandchildren. Jim has owned his Austin based company for nearly 40 years and Erin is a retired museum curator and published author. With their knowledge of business, combined interest in antique collecting, restoration projects and historical research, they were the perfect couple to take on the task of rescuing a dilapidated unknown Texas Landmark! Since 2013, they have devoted their own personal time and private finances to restore this massive project. The Ghedi's have lovingly nicknamed the hotel "The Grand Ole Gal" and they believe their efforts have been well worth it. 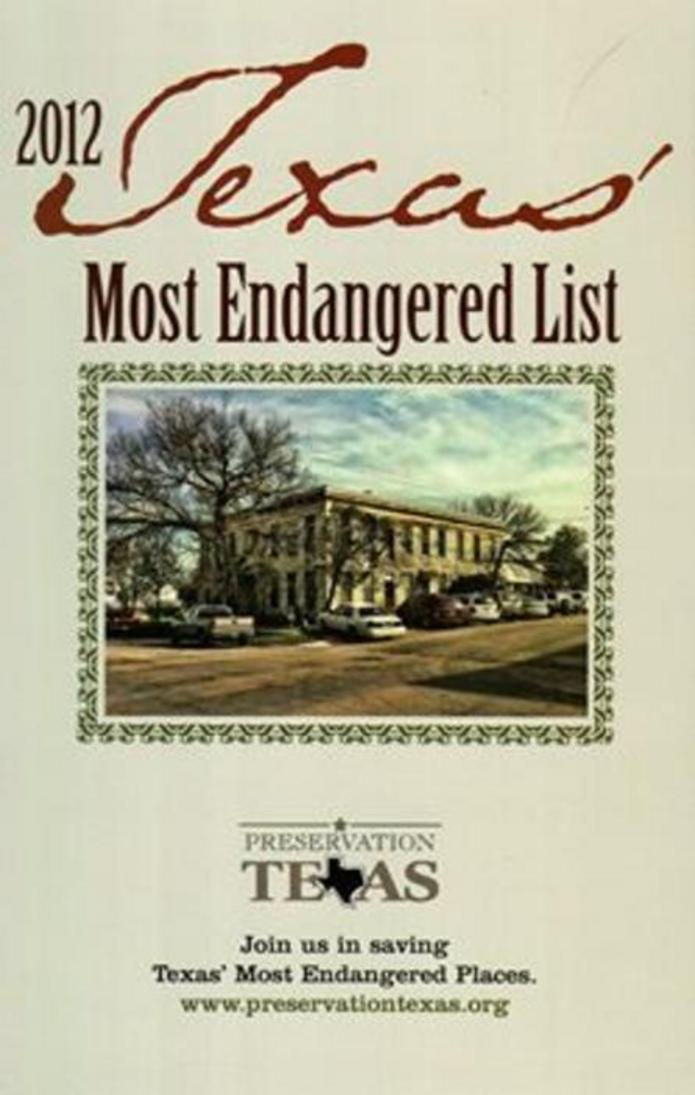 The Suite's Kitchen After 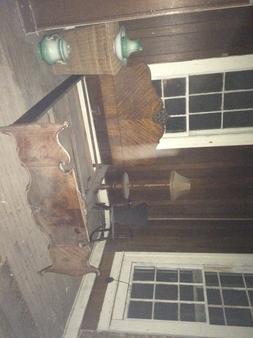 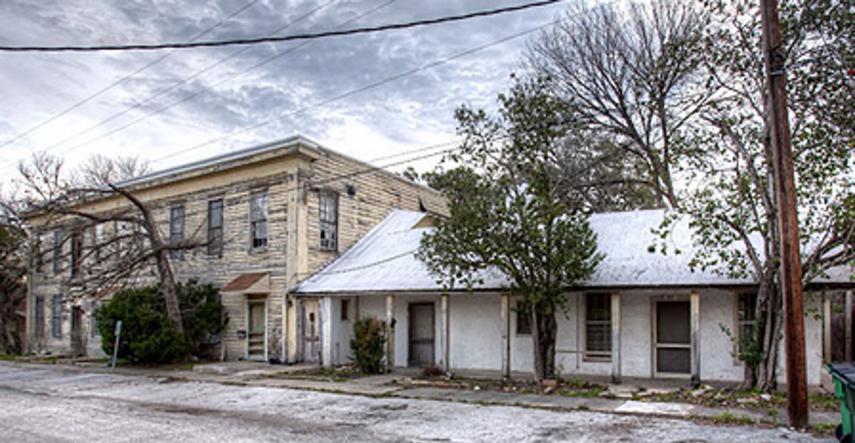 A few Before and After Pictures!

the day they purchased the hotel

Welcome to The Haunted Magnolia Hotel

​Bed and Breakfast and Ghost tours

The Magnolia Hotel  began as a two room log cabin built in the 1840 by James Campbell who was one of the original Texas Rangers who bravely fought  against the Mexican Army (and Comanches) for Texas Independence. Campbell was also one of the three Co-Founders of Seguin. He had a huge basement built under the log cabin that was used as an Indian Raid shelter and jail.  This jail would be labeled the worst jail in ALL of Texas. After Ranger Campbell participated in the bloody battle of the "Counsel House Fight" in San Antonio, he was then targeted by Comanches seeking revenge. A few weeks later, he was brutally murdered by Comanche's. He was stabbed 27 times, scalped, robbed of his horse and left for dead. When his fellow Texas Rangers went looking for him, they found his mutilated body and buried him in an unmarked grave not far from his cabin.  Campbell's cabin was later sold to a savvy business man, Joseph F. Johnson. The cabin was transformed into Seguin's first and ONLY stagecoach station and added the original three room limecrete Magnolia Hotel in the rear. This hotel would become Seguin's FIRST (and now oldest) hotel. In 1846 it was sold to the very wealthy man, Jeremiah Strother. Calvert who was a descendant of Lord Baltimore. One of Calvert's many positions was as the Chief Justice of Seguin and held numerous weddings in the original Magnolia Hotel including his own daughter's, Susan Calvert who married the FAMOUS Texas Ranger, Captain John "Jack" Coffee HAYS.
In 1850 Dr. William Sims Read and William Carpenter would become the next owners of the property. It was during this time the wood framed middle section of the hotel was added. It combined all three building's transforming it into Seguin's largest and most elegant hotel. Read and Carpenter experienced the frantic Indian Raid on July 4th, 1855 where three men were kidnapped in Seguin. The panicked women and children were forced to scramble and hide inside the dark, damp Indian Raid shelter. While the Rangers set off to kill the Indians and rescue the kidnapped men, the women and children in the shelter made bullets and sharpened knives to pass the frightening moments.

In 1859 a banker named Thomas Dickey Johnston purchased the Magnolia Hotel. He was known as the Colonel for he had earned his title during the Battle of San Jacinto. He and his wife, Catherine Kennerly Calvert ran the hotel along with their plantation. It was a thriving hotel even during the Civil War. After the Colonel died from a heart attack inside the hotel's restaurant, Catherine ran the hotel until her own death.
During 1874, the Magnolia Hotel was known as the Inn that housed New Braunfels' most heinous murderer. After checking into the Magnolia Hotel, a man rode his horse to New Braunfels and attempted to rob a local pharmacy. When nothing was found, he crept to the back of the building where the pharmacist's family lived. The robber could see gold jewelry lying on the end table then sneaked inside to steal them. A female family friend Helene was staying the night and heard noise that woke her. The robber quickly slashed the eyes of the woman with a hatchet so that he could not be identified. Then he stepped over to the sleeping 12 year old girl, Emma and struck her head killing her. Then he rode back to the hotel and calmly crawled into his bed. With no eye witnesses or physical proof, the husband of the woman blinded, William was arrested, convicted and later murdered by the 12 year old child's father. Four years later, the actual murderer confessed of his crime on his death bed. It was he who had stayed at the Magnolia Hotel and murdered the young girl.

By the beginning of the 1900, the hotel was beginning to fade its fame. It became a boarding house, a lodge for the a secret male society club then closed to the public.
In the 1930's, the building was purchased by the Lannom couple and they remodeled the hotel. They turned the ten room hotel on the second floor into four apartments. The bottom floor was made into their home.       After the couple passed away in the late 1990's the building was left as an inheritance to their descendants. Sadly it was abandoned, left empty, unlocked making it available to undesirables!

In 2012 it was placed on TEXAS MOST ENDANGERED LIST by the Texas Preservation. After seeing a video about the hotel's destine demise, on March 13, 2013 it was rescued by the Ghedi's wishing to restore the hotel to its original 1850's heyday! During their restoration the building exploded with paranormal activity causing the loss of contractors and bringing the restoration to a halt. The owners refused to allow the spirits to stop their progress and have grown to co-exist with the numerous spirits that still reside within the building's walls. With the assistance of a well-known Texas psychic, and the owner's ability to communicate with the spirits along with her knowledge of history research, 13 spirits have been identified. Now the Magnolia Hotel has become extremely sought after by paranormal researchers, investigators and TV shows.

The hotel has been featured on the Travel Chanel's GHOST ADVENTURES and GHOST ADVENTURES AFTER SHOCK, the NICK GROFF'S TOUR, the Discovery Chanel's WHEN GHOSTS ATTACK, Destination America GHOST BROTHER'S, The DayTripper and PBS show called STRANGE TOWN. The list of being featured in magazines, newspapers, local news and radio stations are lengthy. Now guests from all over across the United States and abroad visit the amazing Magnolia Hotel to discover its history and maybe see an actual ghost! ​